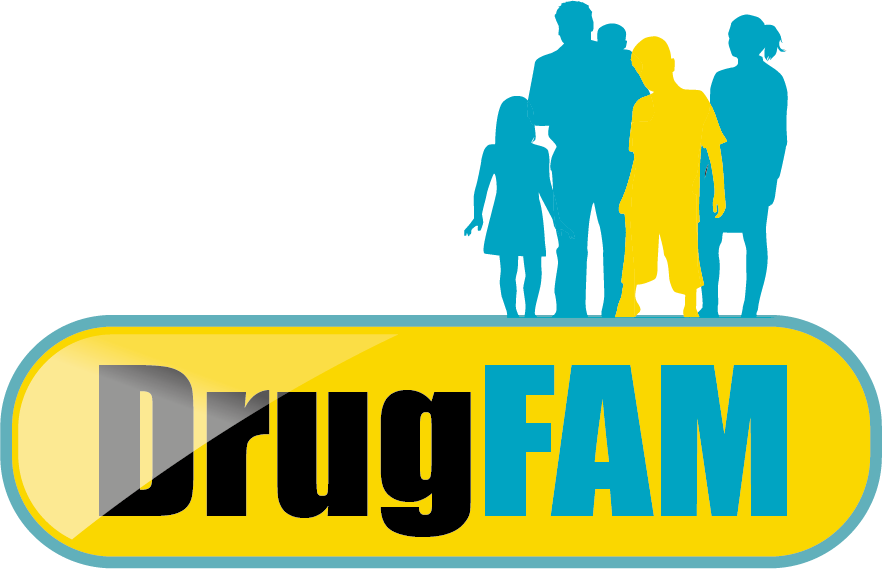 We’re writing this newsletter at the beginning of December, which is the time of the year that we prepare our annual report for the National Lottery.

Here are some stats taken from the report…

We Supported 2,000 Families on our Helpline Last Year!

Over the past year, we supported close to 2,000 families!  This is solely on the Helpline and excludes the 1,000 other clients who we support via email, one-to-ones and our six weekly support groups.

One client stated that “Looking for help when I did was an act of desperation. Unburdening myself to DrugFAM in itself brought relief. The positive suggestions offering a way forward has given me the means to start the process of recovering a measure of control of my life. The feeling of isolation has diminished as there is now a point of contact should I need it”.

When it comes to substance misuse, this situation is fairly common.  Typically, someone will try to manage the situation themselves, the relationship spirals out of control, to the point where they reach out to us in crisis.

Sadly, there are also many occasions where we are contacted in the event of the loss of a loved one.

One startling statistic, is that there are now more drug related deaths than deaths due to road traffic accidents.

2,917 deaths were due to misuse, meaning that they involved illegal drugs, or severe drug dependence.

It’s such a shame to see these figures continue to rise each year as some of these deaths could be avoided by using Naloxone.

We received just over 10,000 telephone calls for the second year running.

We have discovered is that Talk-To-FRANK are signposting 1 in 3 new clients to us.

What’s so frustrating is that they’re funded by the Home Office and we’re not receiving a penny for doing the job that they are paid to do!

Earlier this year, we spoke to the Minister for Crime at the Home Office to discuss funding, but since the start of Brexit, it’s like musical chairs in Westminster.  They’ve either resigned, been sacked, joined another party, you name it and they’re doing it.

We managed to discuss this issue with John Lewis and they were generous enough to fund a new telephone system for the next 2-years.

This will give us both the capacity to grow and the ability to have more staff/volunteers manning the phone.

We went live on 28 November and we’re relieved to say that the transition was seamless.

The Gym Group Comes To The Rescue!

If you’ve ever travelled to our office in High Wycombe, you would have seen how expensive it is to park there.

Following a meeting with Anthony, the Manager of the gym which is based below us, he offered free parking for the staff.

We’re so grateful to the Gym Group as their generosity will reduce the financial burden on the staff who man the Helpline during office hours.

Elizabeth was invited to speak at Mountain Healthcare’s vulnerability conference which took park at the Thames Valley Police training centre in Berkshire.

The event was attended by a variety of agencies including Thames Valley Police, Surrey Police, NHS England and Turning Point, to name a few.

When you stop and think about it, it’s not just the elderly, or the young who are vulnerable, we can all be vulnerable in our day to day lives – it could be a new mobile phone, travelling to somewhere unfamiliar, or it can be specific circumstances that make you feel uncomfortable.

Turning Point brought two recovering addicts to the conference; one was a young lady called Romina, whose new-born baby spent 8-weeks in detox and the other was Peter, a recovering addict who lived on the streets of Slough for nearly 40 years.

Whilst listening to their stories, they described a moment of vulnerability that drove both of them down the path of substance abuse and addiction.

The good news is that they have both turned their lives around.  Romina is now a peer mentor at Turning Point and Peter has started his own gardening business in Slough.

Selling Drugs In The Age of Social Media

In September, Voltface released a study where they found that 1 in 4 young people aged between 16 to 24, reported that they saw illicit drugs advertised for sale on social media.

72% said that they saw drugs advertised on these platforms once or more per month.

What’s worrying is that 36% were not concerned by seeing drugs advertised for sale on social media – this percentage increased the younger they were, with 33% of 18+ not concerned, versus 48% for under-18’s.

Funding For The Play “Mum Can You Lend Me Twenty Quid?”

Marina, who spoke at the Vulnerability Conference, was at school when she started drinking and she eventually escalated to using Crack Cocaine.

Statistics from the NHS state that 37% of 15-year olds have taken an illegal substance.  For some unfortunate children they’ll also get caught up in County Lines, or the violence of knife crime that we read about and see on TV.

In the Serious Violence Strategy, the Home Office estimated that 57% of all homicides are linked to drugs.

Sue Jackson, one of our Ambassadors and the High Sheriff of Berkshire, both managed to secure funding to support taking the Play into schools.

The structure of our schools’ program is to perform the Play “Mum, can you lend me £20 quid” and then run a workshop to raise awareness of the dangers surrounding drugs, gangs and exploitation.

We ran our 11th conference in October at the Crowne Plaza Gerrards Cross.

This was a brand new venue and following the positive feedback from the delegates we will run next year’s event there as well.

The theme of the conference was ‘Understanding Addiction: Making sense of our loved one’s struggle’.

Peter Cartwright facilitated the day and we learnt about the impact addiction from professionals as well as from families who shared their personal stories.

Professor Sir John Strang spoke about what addiction is and how it happens.  He explained how someone can become susceptible to addiction.

He also shared statistics on drug deaths and the risks of overdose using Opiates, such as Heroin.

Paul Bayes-Kitcher spoke about his experience of addiction and how his charity, Fallen Angels, helps recovering addicts through the medium of dance.

We also got an insight into the experience of a policeman who works with people who are addicted from T/Chief Inspector Jason Kew.

Jason, talked about the work being trialled in Newbury by Thames Valley Police called the Drugs Diversion Scheme and he also talked about Heroin Assisted Treatment and Overdose Prevention Centres, but the most stark message from Jason was that stigma kills.

The Nicholas Mills Memorial Project was launched in 2015 and was aimed specifically at young people who have been bereaved by drugs or alcohol.

A focus group was held with a group of bereaved young people and their feedback suggested that we should change the name to make the description match the purpose of the workshops.

Rosy suggested BEYOND and everyone agreed that this was perfect!

Our aim for BEYOND (BEreaved YOung adults through alcohol aNd Drugs) is to provide an opportunity for young people to meet others, to share their stories and to access their emotions in a safe, supportive environment.

We believe that hosting the workshops more frequently in both in London and Manchester will provide greater opportunities for young people to attend and support one another.

For more details, including how to book a place at one of our workshops, please DOWNLOAD the BEYOND booklet.

Please Nominate Us For Funding!

The SUN newspaper has announced that it is to give away £1m to small local charities over the next year through the new Sun Readers Fund.

The fund has been launched to celebrate the paper’s 50th birthday and charities can be nominated to receive a donation of anything between £2,000 and £20,000.

Nominations are open now, until 18 December and we would like to ask you to please nominate us.

All that you need to do is to go online and using 400 words tell The Sun why we deserve to be funded.

Please visit The SUN and click on the link near the bottom of the page called “CHOOSE YOUR CHARITY”.

They will ask you for the following information:

Thank you for your support, as this is a great opportunity for us to raise some funding for our weekly support groups.

On the 15th October 2019, Elizabeth was duped by Andrew and Simon into attending the 25th Birthday National Lottery Awards at the BBC Television Centre in London.

Elizabeth didn’t realise that they had been colluding with the both BBC and The National Lottery for months and as you can see, she was totally gob-smacked!

Whilst it was a thoroughly enjoyable star-studded evening, it was humbling to see the work of so many different charities making a difference in their own way.

If you’ve seen the show, you will realise that the charities featured received £10,000.  However DrugFAM were not awarded any funding, because this was a recognition award to Elizabeth for her personal dedication.

If you haven’t watched it and you do want to see Elizabeth’s reaction, then CLICK HERE to view the footage.

Although we receive no government funding, we are committed to providing our services free of charge to the families so desperately in need and so we depend upon charitable donations from individual supporters, charitable trusts, foundations and from corporate donors.

If you would like to donate to enable us to support families whose loved ones are addicted to drugs or alcohol, you can either donate on our JustGiving page, or via our website.

As well as license and regulate the people and businesses that provide gambling in Great Britain, the Gambling Commission also regulate the National Lottery.

Neil McArthur, the Chief Executive, along with Catharine Seddon and Balshen Izzet visited the office to learn more about DrugFAM and how the charity has benefitted from Lottery funding.

It was an interesting meeting learning more about the challenges of gambling addiction and the similarities we both shared.

On behalf of all the Staff & Volunteers at DrugFAM, we would like to thank you for your support and we wish you and your loved ones a merry Christmas and a happy, healthy and prosperous New Year!